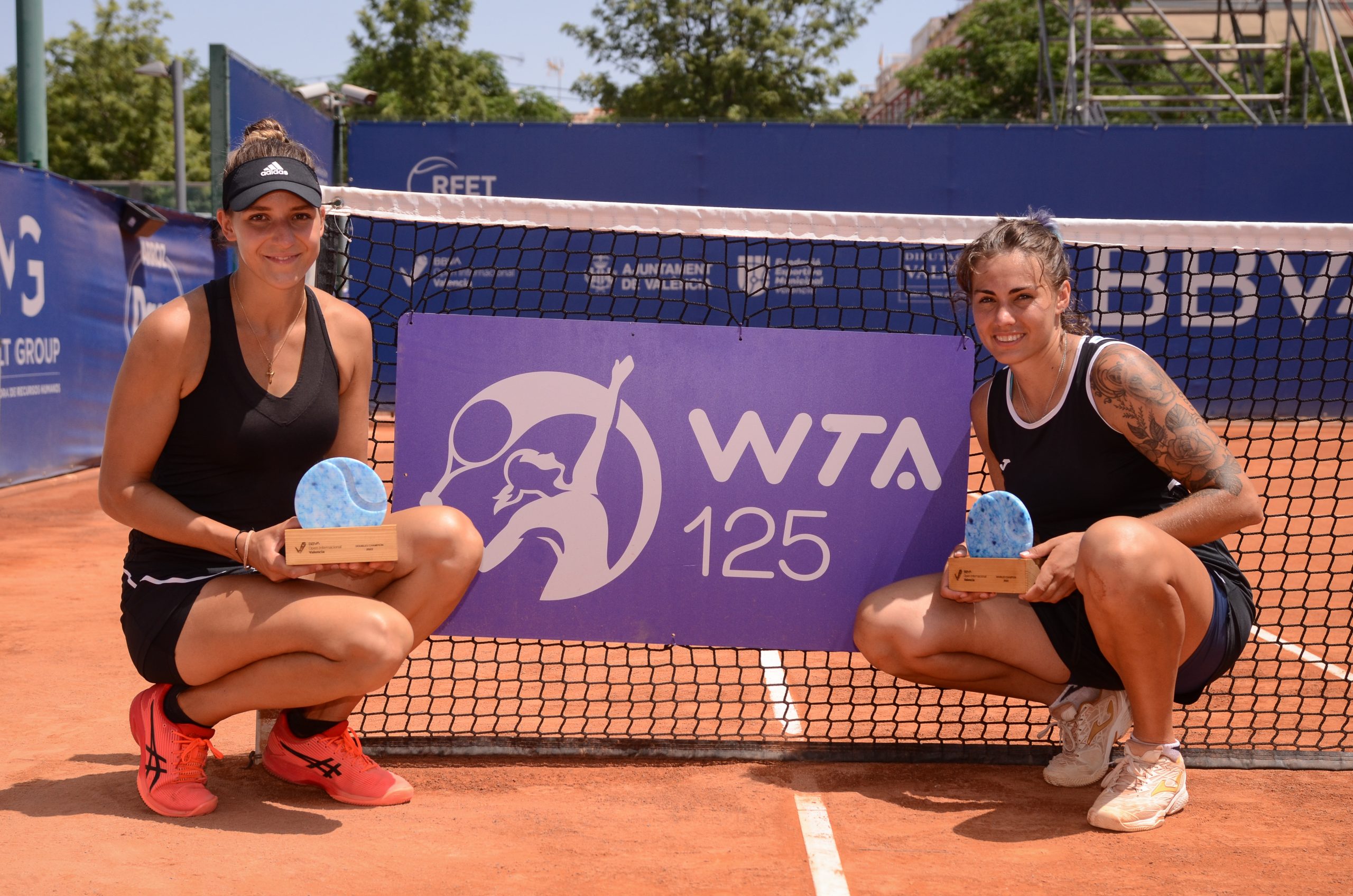 The BBVA Open Internacional Valencia Tournament, thanks to Anabel Medina and Tennium, brings the best women’s tennis to the capital of the Turia from 4 to 12 June 2022 at the Sporting Club de Tenis, a trophy with prizes of up to $115,000 for its participants, making it the first WTA125 tournament in the history of the Valencian Community and one of the few to be held in Spain.
This new synergy, together with the support of BBVA as main sponsor, certifies the intention already presented in the 2021 edition to grow in a continuous but sustainable way and to be able to bring together in the capital of the Turia some of the best players on the international circuit.
Sunday started with the doubles final, where the pairing of Alionsa Bolsova and Rebeka Masarova were unbeatable in defeating Arantxa Rus and Aleksandra Panova 6-0, 6-3.
As well as becoming the first Spanish pair in history to win a WTA event in the Valencian Community, they have broken an 11-year drought in national doubles. The last triumph had come in 2011 when Arantxa Parra and Nuria Llagostera won.
Likewise, both have linked their latest successes to Anabel Medina, with whom they won both FedCup clashes and whose leadership of the tournament has once again seen a victory.

The singles final will be played at 17:30 on Centre Court between Zheng Qinwen and Xiyu Wang, whose racquets will produce the first winner in the history of the tournament in WTA format.