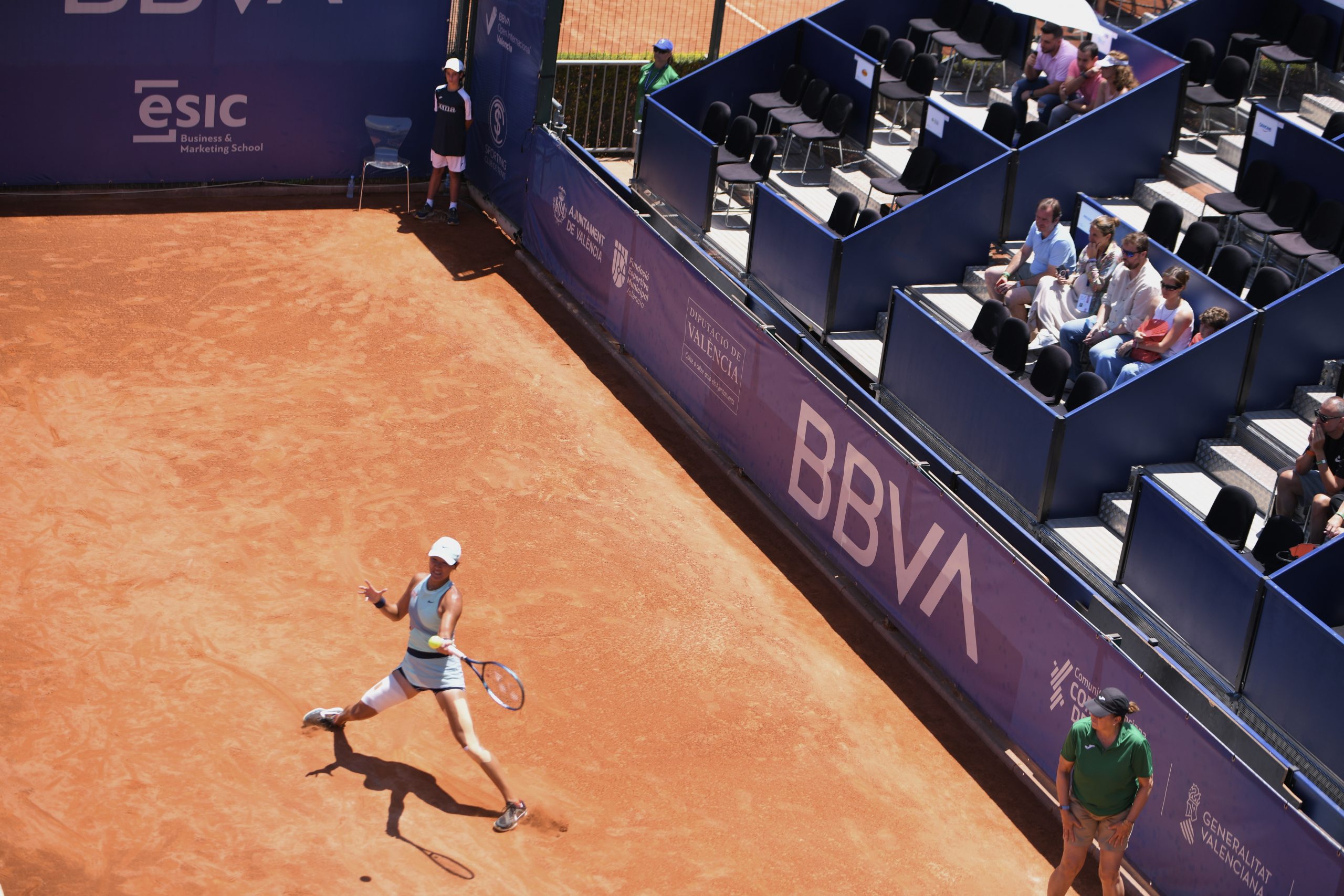 The BBVA Open Internacional Valencia Tournament, thanks to Anabel Medina and Tennium, brings the best women’s tennis to the capital of the Turia from 4 to 12 June 2022 at the Sporting Club de Tenis, a trophy with prizes of up to $115,000 for its participants, making it the first WTA125 tournament in the history of the Valencian Community and one of the few to be held in Spain.
This new synergy, together with the support of BBVA as main sponsor, certifies the intention already presented in the 2021 edition to grow in a continuous but sustainable way and to be able to bring together in the capital of the Turia some of the best players on the international circuit.
Before the start of the day, the official presentation of the trophies, made in collaboration with Gravity Wave and designed in the shape of a tennis ball with recycled and recovered materials from the Mediterranean Sea, took place.
It has also been announced that it will be the first tournament of this circuit to be totally carbon neutral. Global Omnium, Climate Trade and AENOR will be the three companies that, together with the organisation and through BBVA, will set a milestone. This initiative is also part of the city’s Climate Mission for 2030, where it has just been chosen by the European Union as one of the 100 cities seeking to lead decarbonisation in the next decade.

In the sports section, the individual semi-finalists and the first finalists in doubles have been defined. In the first case, Mirjam Björklund eliminated third seed Arantxa Rus in three sets and Wang did the same with Tomova. Zheng also advanced to Saturday’s round and the last to qualify was Párrizas.

The first pair to reach the match to be played on Sunday at midday will be Arantxa Rus and Alexandra Panova, who will know their opponents tomorrow after the clash between Bara and Gorgodze and Bolsova and Masarova.

The U16 tournament has also got underway, where the eight players in the draw have started their participation: Elena Morales, Ruth Roura, Cristina Ramos, Ana Martínez, Candela Yecora, Julia Camblor, Marta Soriano and Soledad Fayos.