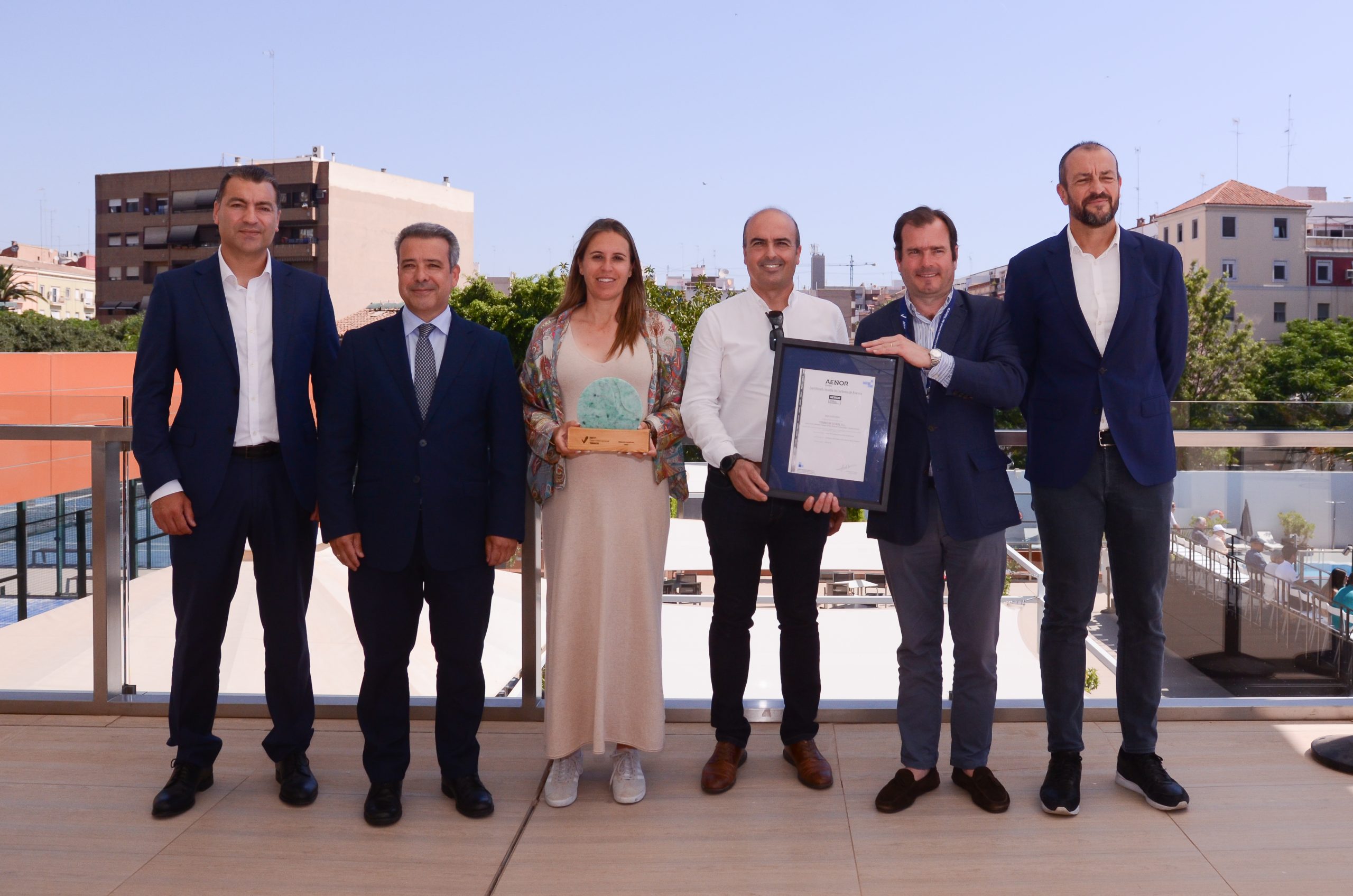 The BBVA Open Internacional Valencia Tournament, thanks to Anabel Medina and Tennium, brings the best women’s tennis to the capital of the Turia from 4 to 12 June 2022 at the Sporting Club de Tenis, a trophy with prizes of up to $115,000 for its participants, making it the first WTA125 tournament in the history of the Valencian Community and one of the few to be held in Spain.
This new synergy, together with the support of BBVA as main sponsor, certifies the intention already presented in the 2021 edition to grow in a continuous but sustainable way and to be able to bring together in the capital of the Turia some of the best players on the international circuit.
This year, following the promotion of the competition to the WTA circuit, it will become the first tournament on this circuit to be totally carbon neutral. Global Omnium, Climate Trade and AENOR will be the three companies that, together with the organisation and through BBVA, will set a milestone. This initiative is also part of the city’s Climate Mission 2030, where it has just been chosen by the European Union as one of the 100 cities seeking to lead decarbonisation in the next decade.

Anabel Medina and Joaquín Ríos explained that this commitment is becoming ‘a benchmark for other tournaments and an example for society, because we are managing to raise awareness through sport, which is a great loudspeaker’. They also presented the trophies for the tournament in collaboration with Gravity Wave. This company recovers waste from the Mediterranean Sea and has designed the 2022 trophies in the shape of tennis balls with recycled nets, glass and plastic.

The director of BBVA’s Valencia area, Luis Foix, wanted to point out that the bank ‘aims to make the opportunities of the new era available to all people and organisations. The market also demands it of us and we work to have a positive impact on their lives’. César González, one of the group’s specialists in sustainable financing, certified this.

For his part, Global Omnium’s director of sustainability, Juan Luis Pozo, pointed out that despite the growth of the tournament in travel and attendance, ‘we have gone from 400 kilos of CO2 per person to just over 300, because not only are emissions offset but measures are put in place to improve compensation’.

AENOR also contributed to the overall explanation, and through its business director for the Mediterranean area, Ángel Luis Sánchez, and its sustainability manager, Gema de la Rosa, reminded us that the three aspects of the success of an event ‘must be social, environmental and economic. We have been an official certifier at national level since 1997’.