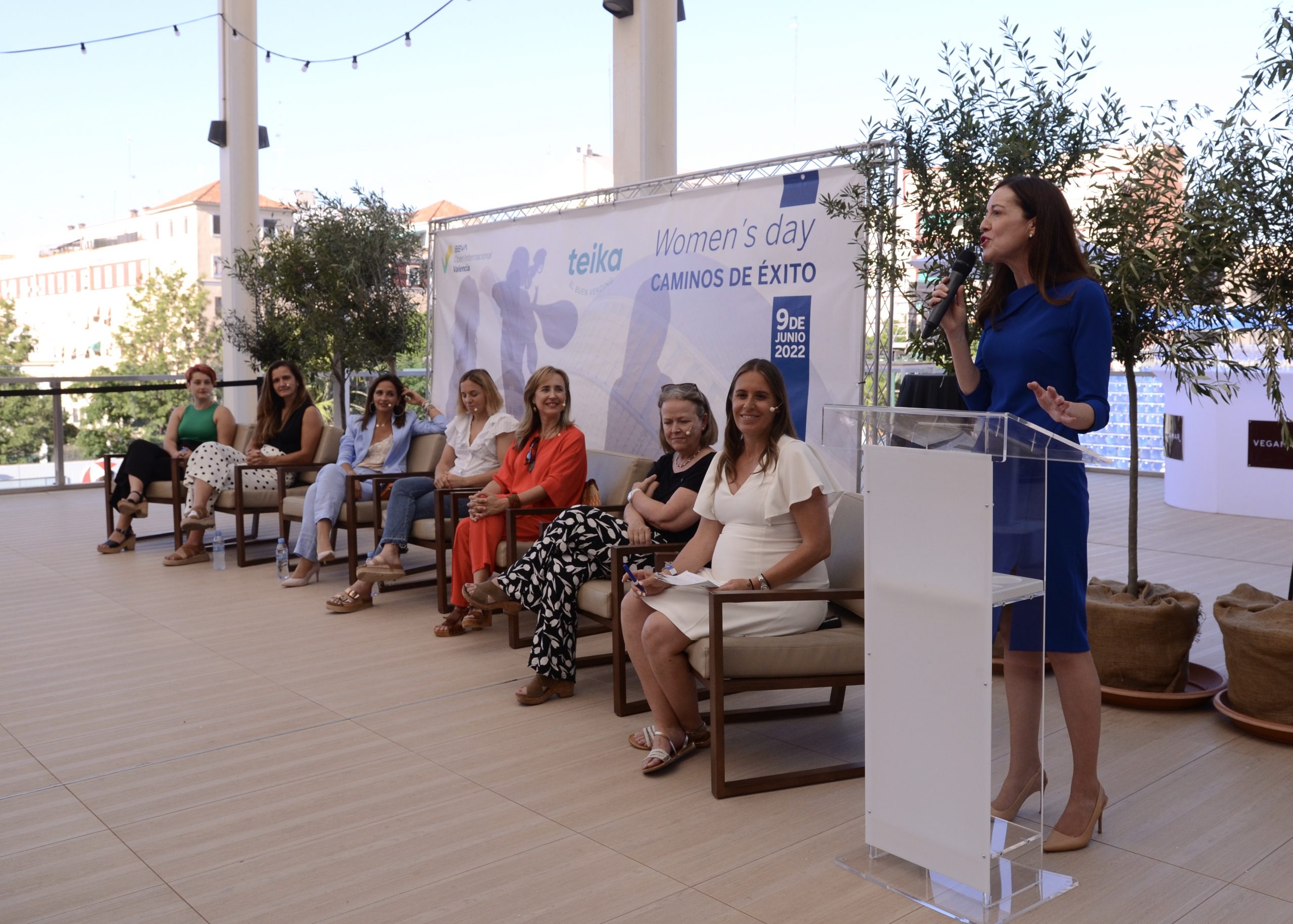 The BBVA Open Internacional Valencia Tournament, thanks to Anabel Medina and Tennium, brings the best women’s tennis to the capital of the Turia from 4 to 12 June 2022 at the Sporting Club de Tenis, a trophy with prizes of up to $115,000 for its participants, making it the first WTA125 tournament in the history of the Valencian Community and one of the few to be held in Spain.
This new synergy, together with the support of BBVA as main sponsor, certifies the intention already presented in the 2021 edition to grow in a continuous but sustainable way and to be able to bring together in the capital of the Turia some of the best players on the international circuit.
Precisely for this reason, the tournament inaugurates in 2022 together with Teika the initiative ‘Women’s Day: Paths of success’, where through a round table has made a meeting with women leaders in the world of sport, business and cooperation.

The event took place at 18:30 with Anabel Medina as moderator, with the Executive Director of Dacsa Group, Araceli Ciscar; María Tatay, named one of the most promising women under 30 in Spain by the Forbes list; the journalist and president of One Day Yes, Ana Mansergas; the coordinator of the Valencia delegation of the Pequeño Deseo Foundation, Marta Miró and the Olympic sportswomen Lola Riera (hockey) and Laura Gómez (judo) as speakers.

This is the first initiative of its kind that consolidates an event with an under-16 women’s tournament, the possibility for Valencian players to play a WTA on home soil and the direction of the best tennis player in the history of the Comunitat.

Likewise, since 2021, more than 60% of the total number of people who work or play in it belong to the female gender, making it a national benchmark in terms of equality.

In the sporting section, Detiuc and Kolodziejova and Rus and Panova advanced to the doubles round, while in the singles section the Dutch player herself qualified for the quarter-finals alongside Zheng Qinwen and Jani (who defeated local player Leyre Romero).

Tickets for the event are still on sale at www.openinternacionalvalencia.com.
The BBVA Open Internacional de Valencia is once again supported by public institutions such as the Valencia City Council, Generalitat Valenciana and Diputación de Valencia, along with private entities such as the Trinidad Alfonso Foundation, Volvo, Danone Group, Dacsa, Glasol, Melt Group, Abenet Soluciones, Sanitas, RFET, ESIC, Vegamar, Dunlop, Climate Trade, Global Omnium and Casa Salud among others.