The BBVA International Open Valencia Tournament, which bases its philosophy on values such as integration, sustainability and the promotion of female talent, has decided to donate one euro from each ticket sold to the DASYC Foundation.
Created in 1994, its mission highlights the development of social action and volunteer projects in order to prevent situations of risks due to lack of educational and human resources, and situations of loneliness and illness, in childhood and youth, the elderly and women.
The collaboration will allocate funds to two specific projects: Mueve-T, aimed at the social integration of young people through sports, and Juega con nosotros, a leisure and free time school set up during non-school periods so that children can socialize
and be cared for in the best possible way.
All this will be joined by an exhibition of Blind Tennis by the Sound Tennis Foundation, which will complete the events for people with disabilities with a series of meetings between blind and visually impaired athletes. 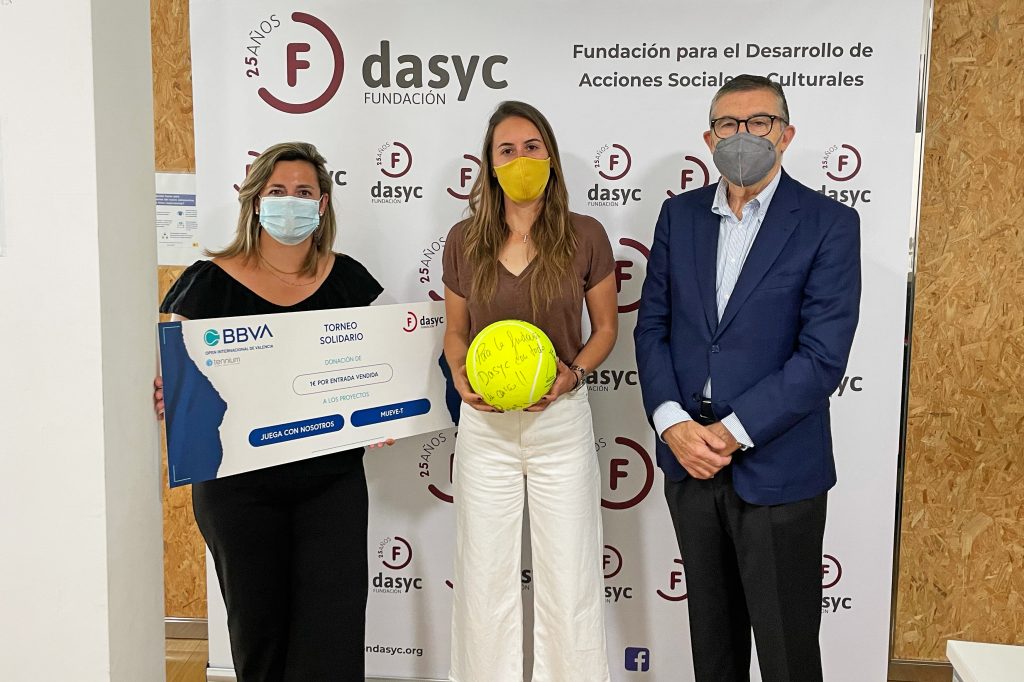